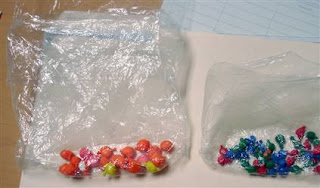 Authorities on Thursday took down a drug ring that they believe provided most of San Antonio's heroin supply.

The U.S. Drug Enforcement Administration raided a West Side home near St. Mary's University and made nine arrests. Those arrested are among 12 people charged Wednesday in a 13-count indictment, which includes conspiracy to traffic more than 100 grams of heroin and more than 500 grams of cocaine.

Among those arrested were Dalia “Dolly” Flores and her common-law husband, Eddieberto Vega. Authorities believe Flores was the ringleader. Their home in the 500 block of North San Gabriel Avenue has been under investigation for years.