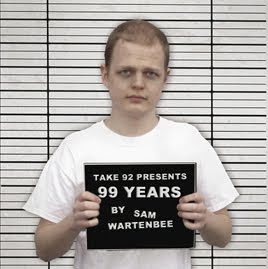 Only problem is the law doesn't provide for fines for habitual offenders so fining him $10,000 is something which needs to be changed.

An ex-con found guilty of murder last month for stomping the head of a neighbor was sentenced Friday to 99 years in prison.

State District Judge Maria Teresa Herr also assessed a $10,000 fine for Erasmo Santa, who faced a minimum sentence of 25 years because of previous prison terms for burglary and rape.

Witnesses said Santa, a 42-year-old former bouncer, attacked John Ellsworth Wilson IV, 37, at the West Side mobile home community where they both lived because he believed Wilson had disrespected his family — asking for handouts and hitting on his common-law wife.