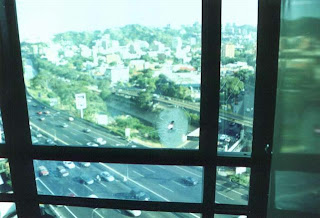 Who spews out this hooey? Worse yet, do they believe it?

Is it bullet-proof glass?

LOS ANGELES (AP) - The Los Angeles Police Department is officially being handed the keys to its new headquarters.

The so-called Police Administration Building will replace Parker Center four blocks away. The 1955 facility has outlived its service life and is likely to be demolished.

Voters in 2002 approved a bond measure for new police facilities, and construction began on the new headquarters in 2007.

The new building features a broad glass front police say represents a new era of transparency for a department once resistant to public scrutiny.