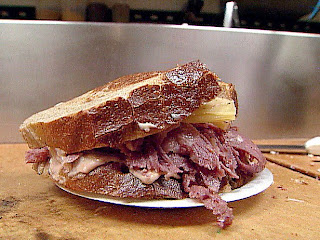 And all this while I thought I just liked Reuben sandwiches because they tasted so darn good.

Who knew they could be so addicting?

Bulgarian police in the central city of Plovdiv have seized just over 50 kilogrammes (110 pounds) of heroin, hidden in cans of sauerkraut, prosecutors said Thursday.

Eight people were arrested while transporting the heroin-laden cans in a minivan.

According to Plovdiv prosecutor Marin Peltekov, the drugs were destined for distribution within the country.

Separately, the Bulgarian customs agency said it seized 45 kilogrammes of heroin in a tourist bus that had entered the country via the Kapitan Andreevo border crossing with Turkey.