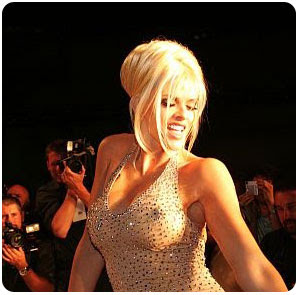 The poor woman is not even able to rest in peace.

But if this behavior did occur they should stand trial.


Judge orders 3 to trial in Anna Nicole drug case
By LINDA DEUTSCH -AP Special CorrespondentLOS ANGELES (AP) -- Three key players in the troubled world of Playboy model Anna Nicole Smith have been ordered to stand trial after a hearing that plumbed the drug-fueled depths of her final years and the alleged roles of her boyfriend and two doctors in feeding her addiction to prescription drugs.

A judge who heard sometimes shocking testimony about the flood of drugs provided to Smith ruled Friday there was sufficient evidence to try the defendants on charges of conspiring to give Smith sedatives and opiates.

Defense lawyers had argued that lawyer Howard K. Stern, Dr. Sandeep Kapoor and psychiatrist Dr. Khristine Eroshevich tried desperately to save the doomed model in her waning years, including a period when she gave birth to a daughter and lost her grown son to a drug overdose.