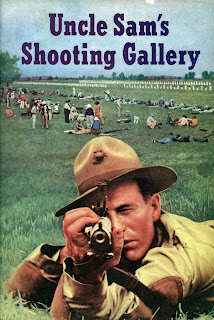 I handled a case years ago where a nephew killed his Uncle because he alleged his Uncle "cheated" while they were having a "friendly game of shooting pool" and they argued about it. He killed him by striking him with a pool cue then, if I remember correctly, shot him to death.

S. Bexar shooting ends all-night binge
SAEN
A 24-year-old man was shot and critically wounded by his uncle Saturday in an argument over family photos in south Bexar County, authorities said.
Bexar County Sheriff’s detective Buck Buchanan said the afternoon argument escalated to the point that a 42-year-old uncle of the shooting victim grabbed a .22-caliber rifle and fired at least once.
The victim, who wasn’t identified, was hit once in the lower back and flown to University Hospital about 45 minutes after the shooting.
“It was a through and through shot,” Buchanan said. “It appears it was a kidney shot.”
Deputies responded to the 22500 block of Crossbow about 2:55 p.m. for a call of domestic disturbance, Buchanan said.
The two had been “drinking beer and snorting cocaine all night long,” Buchanan said.
Shortly after the shooting, the suspected gunman fled in a white Ford Taurus. He has not yet been apprehended and is considered “armed and dangerous,” Buchanan said.
Posted by Sam at 7:55 AM