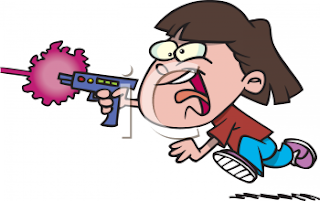 Lack of victim no deterrent to Kerr prosecutor
Zeke MacCormack - Express-News
KERRVILLE — A man from here was arraigned Thursday on an attempted murder charge in a case unusual for its lack of a victim.
Antonio Marquez doesn't deny shooting at a man seen running outside the Banditos Club last year, said his attorney, Perry Cortese, but did so only after being attacked by the man.
The man he shot at hasn't been located or identified. That doesn't preclude a conviction, but observers say prosecutors face an uphill battle to prove Marquez aimed to kill, as alleged in a Sept. 2 indictment.
A sworn affidavit and complaint filed by Kerrville Police Officer Kyle Schneider says an off-duty Gillespie County deputy, while at a nearby business owned by his family, witnessed part of the incident about 6 a.m. on Feb. 24, 2007.
The witness said he heard gunshots and then saw a man, later identified as Marquez, shooting a handgun “at another male subject who was running away” toward homes, according to the affidavit.
The witness told officers the shooter then retrieved a rifle from inside the Banditos Club and more shots rang out.
Cortese said the unidentified man came to the bikers club — which has since closed — asking for drugs. When told to leave, Cortese said, the man pulled a knife on Marquez, who fought the man, took the knife, then fired his pistol.
Marquez, 39, was originally charged with deadly conduct. An Oct. 1, 2007, indictment alleged he knowingly discharged a firearm in the direction of “an individual unknown to the grand jury.”
Assistant District Attorney Amos Barton said he couldn't discuss the case or say why he substituted the attempted murder charge, to which Marquez pleaded not guilty Thursday.
The new indictment also charged Marquez with aggravated assault with a deadly weapon against “an individual unknown to the grand jury.”
A trial is set for Oct. 7.
St. Mary's University Law School Professor Geary Reamey predicted the missing man would hurt the attempted murder case, which requires proving Marquez intended to kill.
“I would anticipate that the defense would say to jurors, ‘Don't you have at least a reasonable doubt why he was shooting at this guy who was running away? Maybe he was trying to scare the guy. Maybe he's trying to wound the guy,'” Reamey said.
Criminal cases frequently end in plea deals, and Reamey said prosecutors often “overcharge” defendants, “because if you start with more exposure, there's a greater incentive for the defendant to plea to something reduced.”
Posted by Sam at 6:31 AM