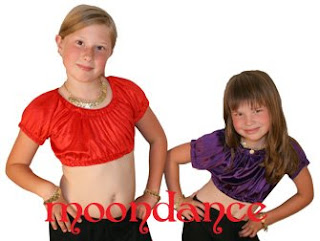 Where were the parents of these children? The mother? The father?

How did these two get the children to bring them to the meeting to "introduce" them.

BTW if you are interested in the photo, you're a sick freak, go turn yourself in.

Couple indicted in scheme to sell children for sex
Graeme Zielinski - Express-News
The San Antonio couple alleged to have tried to broker the sale of a woman's 5-year-old and 10-month old were charged Wednesday in a five-count federal indictment.
Jennifer Richards, 25, and her boyfriend Sean Block, 40, who met while working at The Cheesecake Factory at North Star Mall, both have been in custody since their arrests last month.
In the indictment, Richards faces charges of selling of children, distributing child pornography and using interstate facilities to transmit information about a minor.
Block faces charges of aiding and abetting the sale of children and distribution of child pornography.
Each faces a charge that carries a mandatory minimum sentence of 30 years in prison up to life.
The two children at the center of the alleged scheme have been placed in custody overseen by Child Protective Services.
Their arrests came after Block allegedly solicited a Federal Bureau of Investigation informant with a text message about the 5-year-old.
This led to a meeting, said to have been recorded by the FBI, in which the informant was introduced to the kids and made plans to meet with them in a hotel the next day.
Part of the deal for the sale of the children included an apartment, cash, a used car and child care for the 10-month-old.
The FBI special agent who testified at both detention hearings for the pair said that each had essentially admitted to the crimes in interviews.
He said that Richards was eager for the 5-year-old to have sex with older men, since she would “enjoy it.”
A lawyer for Block said that the lurid Internet messages captured by the FBI were merely fantasy and not proof that Block wanted to follow through in the deviance.
Block's wife filed for divorce in the days after the arrest and sought a protective order on behalf of their own 14-month-old child.
Richards has been under suicide watch at the downtown GEO facility, which has a contract to house federal prisoners.
Posted by Sam at 6:02 AM