Let our good citizens handle this 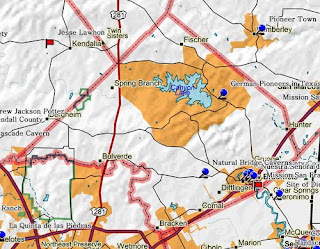 Judge Roman, bring the trial to Comal County I am sure our jurors would love to take on this case.
I don't know if we could pay for it however.

Venue change OK'd in the case of 2 slain children
Graeme Zielinski - Express-News
A Bexar County judge Wednesday ordered a new location for the capital murder trial of a man accused in the 2007 killings of two small children found beneath a South Side apartment.
Judge Mary Roman of the 175th District Court made the ruling after his lawyer had argued that the “inflammatory” tone of news coverage here had poisoned the jury pool for Jerry Salazar, though where his trial now will take place remains in question.
Salazar, 29, was charged alongside his former girlfriend, Valerie Lopez, in the killing of Lopez's children, 14-month-old Sariyah Garcia and 4-month-old Sebastian Lopez. Their bodies were found stuffed in trash bags beneath a triplex in March 2007.
Lopez later acknowledged beating Sariyah to death on Christmas Eve after she wouldn't stop crying. The mother was accused of suffocating Sebastian with a blanket.
In the indictment against him, Salazar was charged with causing their deaths by failing to protect them. Prosecutors are seeking the death penalty against him.
At a hearing last week, his lawyer, Joel Perez, presented evidence of maudlin television coverage and a raft of print coverage, arguing the case had become so notorious it had its own name: The “babies under the house” case.
Having heard similar arguments about adverse publicity warping the ability to have a fair trial, Roman had moved Lopez's trial to Nueces County.
However, before her trial could start, Lopez, 21, reached a plea deal in July and agreed to testify against Salazar.
She was convicted of capital murder in both slayings and sentenced to life in prison without parole.
Prosecutor David Lunan said Roman's ruling wouldn't be a significant factor in the case against Salazar.
Perez welcomed the move, saying: “We'll see where it goes.”
With the goal of starting the trial in January, Roman named a prospective few venues and top on the list was Austin. But Debra Hale, a Travis County criminal district court administrator, said Wednesday there was “no way” she could accommodate such a move.
“We just don't have any room,” she said.
Another option? A mock courtroom at the University of Texas Law School.
In a statement Wednesday, its dean, Larry Sager, said: “The law school has hosted trials in the past with considerable success, and, if asked, would seriously consider the possibility of hosting this one.”
Other options Roman listed included Dallas, Corpus Christi and Houston.
Posted by Sam at 5:36 AM