Its broke, get it fixed right 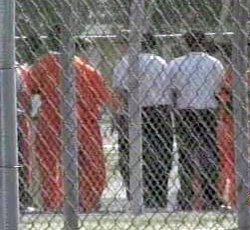 The last thing the State and TYC needs is for there to be any lingering questions or doubts about what happened or that it hasn't really "cleaned" up any of TYC's problems.

We're supposed to be the good guys, remember?

TYC hit again with blistering report
Lisa Sandberg - Express-News
AUSTIN — More than 18 months after the state's juvenile corrections system was nearly torn apart by a sex abuse scandal, the agency's youth advocate said Wednesday that scores of abuse and neglect cases appear to have been closed over the past year without being properly investigated.
Texas Youth Commission ombudsman Will Harrell identified 85 cases of alleged abuse or neglect that — according to the agency's own records — were closed without being investigated by the agency's administrative arm, the Youth Rights Division, or by any law enforcement agency, in violation of procedures.
Another 88 recently closed abuse and neglect cases were investigated “by a law enforcement agency, but not by the Youth Rights Division as required by policy,” Harrell said in a blistering report he delivered to the state's top leadership Wednesday.
A total of 564 cases alleging mistreatment of youths were closed by the agency without any record indicating how they were disposed, the report says.
In some instances, abuse allegations were assigned to the alleged perpetrator to investigate, Harrell said. Other cases were left hanging after being assigned to people who had been transferred to other departments and not notified, or to people who had left the agency.
TYC conservator Richard Nedelkoff said in a statement that he was “appalled” by the report's findings. He said he had been assured that the main problem is that the agency's database does not reflect final dispositions for the 564 cases.
“Uncertainty in the area of the treatment of youth simply cannot be tolerated,” said Nedelkoff, who was appointed by Gov. Rick Perry late last year after a top-to-bottom agency reorganization. “We will not be satisfied with anything less than 100 percent accountability on this issue.”
Perry was “very disappointed” in the report's findings, a spokeswoman said Wednesday. “This system should have been addressed,” Allison Castle said.
Harrell said the abuse and neglect cases examined by his office include the most serious allegations — such as sexual or physical assault of youths by staff members, youth-on-youth violence and medical neglect.
“We're not talking about grievances like the food is too cold,” he said.
Harrell said his staff put in hundreds of hours over the past several weeks examining the agency's records. The results disturbed him so much, he said, that he felt legally compelled to bring the issue to the immediate attention of everyone from the governor's office on down.
He cited a law passed last year requiring him to report “flagrant abuses” to top elected officials.
Though he didn't name any individual at the agency, Harrell went out of his way in his report to defend the agency's inspector general, Bruce Toney. Over the past year, Toney repeatedly raised some of the concerns to agency officials “to no avail,” Harrell said.
His findings come more than 18 months after the agency nearly imploded on allegations of staff members physically and sexually abusing youths at facilities throughout the state, with some administrators turning a blind eye to the problem. The Legislature last year ordered sweeping reforms.
TYC spokesman Jim Hurley said in a statement that the agency had already taken steps to revamp the system for reporting alleged abuse and neglect. All cases are now being reviewed under the command of the agency's law enforcement arm — the Office of Inspector General — rather than its administrative arm.
And all 564 cases will be independently reviewed again, Hurley said.
Posted by Sam at 7:32 AM