That's Chili not chilli no wonder he croaked 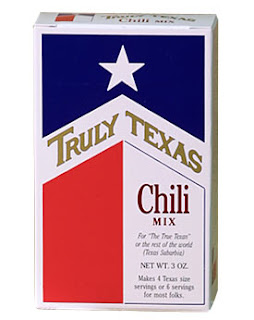 That was some hot chili, you bet.

Leave the chili making to the professionals.

Especially you folks in England. This is Texas, this is where chili was invented, heck ya'll can't even spell it right.

Chef dies after eating 'superhot' chilli for bet
An amateur chef died the day after eating a "superhot" chilli in a bet with his friend over who could make the hottest dish, an inquest heard.
By Jessica Salter: Telegraph.Co.UK
Andrew Lee was in perfect health before he ate a chilli
Andrew Lee, 33, suffered heart failure the morning after he ate the chilli.
Toxicology tests are now being carried out to see if the fork lift truck driver suffered a fatal reaction to the dish or whether anything else contributed to his death.
Mr Lee, of Edlington, Doncaster was apparently in perfect health and had just passed a medical at work, the opening of the Doncaster hearing was told.
Cooking was one of his main interests and he went to his girlfriend Samantha Bailey's house to make a chilli.
His father John Lee told the inquest: "He had a bet with Samantha's brother who could make the hottest chilli then went back to her house to stay."
Mother-of-four Miss Bailey called the emergency services to her home nine days ago.
Police officers were called to the house after receiving reports of a man suffering a cardiac arrest and Mr Lee was found lying on the floor.
Paramedics failed to revive him and he was pronounced dead at the scene.
A full post-mortem examination is underway and further inquiries are being carried out.
Deputy Doncaster coroner Fred Curtis granted a burial order and adjourned the inquest for further evidence.
Posted by Sam at 6:09 AM