Its breast we leave now 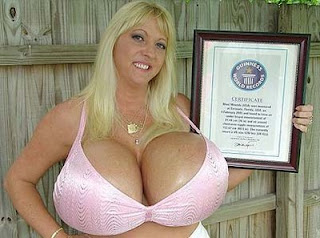 At least he practices safe sex.....changing.

PORT ST. LUCIE, Fla. - Police in Port St. Lucie are on the lookout for a cross-dressing man who snatched a 74-year-old woman's purse. As if that weren't odd enough, they're depending on a strange clue. The suspect left behind a condom filled with water he had been using as a fake breast.

The woman said she believed the thief followed her while shopping. A witness told investigators he was wearing a short denim skirt and black tube top, and fled in a silver car with two other male crossdressers.
Police are processing the condom for fingerprint and DNA evidence.
Posted by Sam at 6:07 AM