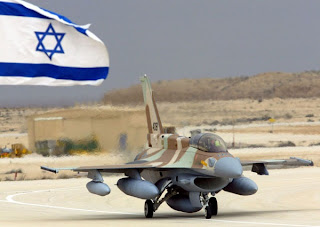 You mean the new Israeli target is nearing completion and getting ready for its destruction don't you?

MOSCOW (Reuters) - Iran's Bushehr nuclear plant is nearing completion and the start-up of its reactor will soon become "irreversible", the Russian state-owned company that is building the power station said on Tuesday.
Russia has already delivered nuclear fuel under a $1 billion contract to build the Bushehr plant, on the Gulf coast in southwest Iran, and Iranian officials say the reactor is likely to be started up soon.
The head of Atomstroyexport, the company building the plant, said on Monday it was nearing completion, according to a company spokeswoman.
"Atomstroyexport in December 2008 - February 2009 will carry out technological work at Bushehr which will put the Iranian atomic station on the irreversible final strait," the spokeswoman quoted company President Leonid Reznikov as saying.
Russia signed a contract to build the plant in 1995 on the site of an earlier project begun in the 1970s by German firm Siemens. Siemens's project was disrupted by Iran's 1979 Islamic revolution and the 1980-88 Iran-Iraq war.
Russia, using Bushehr as a lever in relations with Tehran, has repeatedly put back the start-up date. Moscow had said it expected the plant to be started up some time this year.
Posted by Sam at 7:23 AM