Go, leave, we'll let you know if you can come back 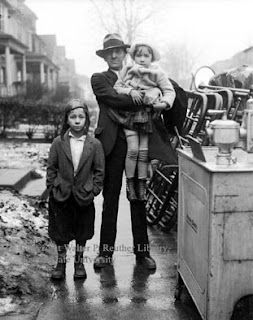 Owners of property with a plethora of criminal activities face losing the use of their property and I guess, ultimately, losing the property entirely.

Where does this stop? If an owner is unable, as may have been the case here, to even understand what is going on, is this constitutional? Or is it a taking?

Problem property owners booted
Jeorge Zarazua - Express-News
Elvira Wilson is barred from stepping inside her own home, at least for the next nine months.
City work crews, with a judge's order in hand, evicted the 87-year-old grandmother this month, enforcing a rarely used state civil law that penalizes property owners who fail to curb crime on their land.
Wilson is only the second homeowner in San Antonio who has been thrown out of her home because of too many complaints of criminal activity occurring on her property.
For Wilson's neighbors on Buena Vista Street, her eviction was a much-welcomed sight, bringing relief to an area they claimed had been overrun with drug dealers and users seeking their next fix. The neighbors said Wilson's property was the source of the problem.
Police spokeswoman Sandy Gutierrez said that over the past three years, officers were dispatched to Wilson's house at 6539 Buena Vista more than 300 times because of complaints, mostly involving possible drug activity.
Wilson was never arrested during any of those calls, but authorities said that wasn't the case with her 55-year-old daughter, Machell, as well as others who loitered there.
Deputy City Attorney Joe Niño, the city's chief prosecutor, said that as soon as violators were released from jail, they returned to the unassuming house.
“There is only so much law enforcement can do,” he said.
Niño said that's when the city turned to its new enforcement tool: the Dangerous Assessment Response Team, or DART unit.
“We go after the property now, and say, ‘You, owner, have created this criminal activity, and unless you stop doing this, we're going to ask the judge to close that location,'” he said.
The team, composed of various city departments, including the police and the city attorney's office, was established in April. It is similar to other interdepartmental teams in Houston and Dallas, where prosecutors for years have been using the state's nuisance abatement law to get rid of crime havens.
Dallas police Lt. Michael Pendleton, unit commander of the city's Support Abatement Forfeiture and Enforcement team, or SAFE, said the group there has been operating since 1991, investigating an average of 250 properties a year and filing up to 15 lawsuits annually seeking compliance from property owners.
But, Pendleton said, the number of lawsuits shouldn't be an indication of the program's success.
“We measure success a lot broader than just which properties have we sued and closed, because a lot of times, when a property hits our radar, we start to communicate the problem and we get cooperation before it's necessary to sue,” he said.
In San Antonio, after Wilson failed to comply, Niño said DART went to court seeking an injunction to board up her house under Chapter 125 of the state's Civil Practice and Remedies Code, labeling it a chronic nuisance to the neighborhood. After hearing the complaints, state District Judge Peter Sakai granted the request, ordering the house closed for at least nine months — or up to a year if conditions failed to improve.
Authorities placed bright orange signs on the house, reading: “Dangerous Premises. Do Not Enter.” The sign is a generic one the city uses on properties it condemns for being structurally unsafe.
Only one other house in San Antonio has faced the same fate because of habitual criminal activity. That house, on Monterey Street, a block south of Wilson's home, was boarded up last year and remains closed, Niño said.
“We're going after the worst of the worst nuisance properties, and it's not only based on criminal activity, but also code compliance issues,” Niño said, adding that the DART team will consider taking action against properties if they have been creating problems for at least two years.
He said the calls to police complaining about Wilson's property dated back seven years. Last year, the number of complaints numbered more than 100. This year, it was up to 80, he said.
“They were just selling, and the neighbors were upset and complaining about it,” Niño said.
He also said the house was deteriorating for lack of maintenance.
“I don't know how anybody could have lived out of that house,” he said. “It was bad.”
Another of Wilson's daughters, 65-year-old Geraldine “Geri” Bias, said some members of the family pleaded with her mother to get rid of those causing trouble at her house.
“There were people in there all hours of the night and day,” she said.
But Bias said Wilson, who has been diagnosed with dementia, was helpless to do anything and eventually either refused to fix or ignored the problems.
“She just started denying it after a while,” she said.
Bias said the house belonged to her stepfather, C.W. Wilson, and after he died, her mother and stepsister kept it.
According to the judge's order, Wilson and daughter Machell aren't able to occupy or use the property for the next year. But if no criminal activity occurs there for the next nine months, the family would be allowed to return, according to the order.
If the Wilsons violate the court order, they could be fined and jailed up to 30 days for contempt.
Bias said her mother is living with another of her daughters.
“She's a little depressed because, you know, she's been there 66 years and for her to have to move out of her house, and even go to a new neighborhood, where she doesn't know anything, it's kind of hard for her,” Bias said.
Posted by Sam at 7:23 AM