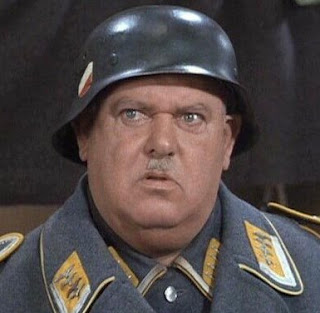 Well, our office will be involved so I have nothing to say either.


By Mark Koopmans The Herald-Zeitung

Detectives with the New Braunfels Police Department charged a local resident with the shooting death of a 34-year-old man following an incident early Sunday.Kenneth Leo Pittman Jr. of Copperas Cove, near Fort Hood, was pronounced dead by Comal County Justice of the Peace No. 1, Judge William Schroeder.

According to police reports, dispatchers received a 911 call of shots being fired about 2:30 a.m. in the 300 block of Fair Lane. More than a dozen officers responded to the call. Once they arrived, officers found Pittman, who had been fatally shot.“(Pittman) was shot, and, as a likelihood, died from injuries received. However, whether he was shot, once, twice or 10 times, the investigation remains ongoing and I cannot go into more specifics,” Sgt. Mike Penshorn said Monday.

As part of their investigation, detectives questioned 36-year-old Keegan Koy Armke, the man who lived at the house on Fair Lane where the shooting occurred. Following questioning, detectives arrested Armke at the scene and booked him into the Comal County Jail on one count of murder, Penshorn said. “The incident occurred partly in the yard (of Armke’s home) and partly in the roadway,” Penshorn said. “It appears (Pittman) was already deceased when officers first arrived on the scene.”

Armke is a New Braunfels native and is involved with several local family businesses, including OHI Trading Company, according to the company’s Web site.As of Monday night, Armke remained in jail in lieu of a $50,000 bond.

Penshorn said the shooting remains under investigation and refused to comment on any motive. With the exception of four, orange spray-painted marks identifying the position of a car, which was outside Armke’s home, the quiet, tree-lined street showed little signs of a major crime Monday evening.

Pittman is survived by a sister and two brothers, who live in Houston, Dallas and Buffalo, Texas, respectively, according to his aunt, Deborah Sanders who also lives near Houston.He was a former Marine, who after his military service, lived in Austin and San Antonio. He lived in Copperas Cove for the past two years where he managed a local club, Sanders said.

Better known as “Chipper” to friends and family, Pittman also was the father of a10-month-old daughter, Haven, said his aunt, adding he was divorced from the child’s mother.“Chipper had visitation rights on Monday and Tuesday, and he came every week,” Sanders said Monday.

Funeral arrangements for Pittman, who was born in Pasadena and graduated from Leon High School in Marquez, Texas, before joining the U.S. Marine Corps, were not yet finalized Monday afternoon. His aunt, however, said plans are in place to have her nephew buried next to his mother in Marquez.
Posted by Sam at 5:33 AM