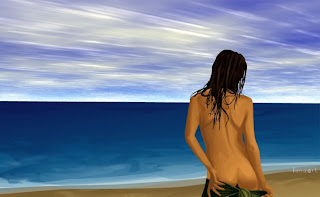 What? They were doing the breast stroke?

Nobody can have fun any more, dern it!

Two charged with swimming naked while intoxicated
By Toya Graham · tgraham@heraldonline.com
FORT MILL -- An early-morning naked dip in an apartment complex swimming pool landed two "grossly intoxicated" people in jail, according to police.
Richard Earl Branham Jr., 46, of Chester and Melissa Jane Fuller, 44, of Fort Mill were charged with public disorderly conduct after police say they took off their clothes and went swimming around 1:20 a.m. Saturday at the Palmetto Place apartments pool on S.C. 160.
The police report notes authorities saw Branham and Fuller completely naked in the pool. Police handed the pair their clothes and had them exit the pool area after dressing, according to the report.
Both had slurred speech, red eyes and smelled of alcohol, the report notes.
Branham told police he worked with Fuller and that they had been drinking at an office party, according to the report. It notes that Branham was "grossly intoxicated," and Fuller was "even more grossly intoxicated."
Bond was set at $262.50 for Branham, but he remained in custody Saturday on an unrelated charge at York County Detention Center. Fuller posted bond Saturday afternoon.
Posted by Sam at 8:19 AM