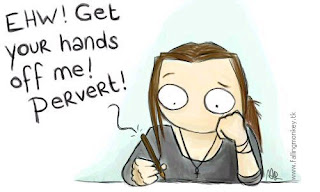 It sure seems like resignation should have been a written part of the plea bargain deal the Mayor received.

It would have prevented all of the subsequent nonsense.

DA stands by plea deal; Poteet suffers consequence
Ken Rodriguez - Ken Rodriguez
Ten months-plus, I suppose, is long enough for a city to be tethered to a sex offender in the mayor's office.
So here come the Texas Rangers, galloping into town, so to speak, at the request of the Atascosa County district attorney.
DA Rene Peña won't say why he asked the Rangers to investigate Poteet Mayor Lino Donato. But it's sure not for operating his taco stand without a permit.
As far as I know, Donato can serve all the chorizo con huevo he wants. As a sex offender, he just can't serve to children — or get close to where they congregate, like the library near City Hall.
Which poses a problem for a mayor who refuses to resign. How can Donato run Poteet if he can't attend City Council meetings?
The DA says it's impossible, so he filed a petition last month to remove Donato from office. The central complaint wasn't that the mayor had pleaded guilty to indecency with a child in October. It was that Donato had failed to perform his mayoral duties.
Based on the petition and a plea deal reached last year, the message seems mixed: It's okay for a sex offender to run Poteet; it's not okay if he misses too many meetings.
A judge will consider the petition in November. The Rangers will investigate an undisclosed complaint. And a city will hold its nose.
Can somebody please remove this municipal stench?
Peña is trying. But here's the truth: Had the DA made resignation a part of Donato's plea deal last fall, Poteet wouldn't be chained to a sex offender.
I recently asked Peña if he'd be willing to admit he erred.
“Absolutely not,” he said. “I stand by the decision that was made in October of 2007. It was a just result, taking all facts into consideration known to me.”
Interesting. Detroit prosecutors included resignation in the recent plea agreement of Mayor Kwame Kilpatrick, who admitted lying under oath during a sex scandal.
In May, a plea agreement led to the resignation of Passaic, N.J., Mayor Samuel Rivera in a bribery scandal.
Last year, Bexar County prosecutors insisted Sheriff Ralph Lopez resign as part of his plea agreement in a public corruption scandal.
Donato?
He apologized to his victims, registered as a sex offender and agreed to serve 10 years probation with his plea agreement.
Just about everyone expected him to resign. But when Donato learned he didn't have to, he stayed.
So what if he couldn't attend meetings because of City Hall's proximity to children? Donato appointed Mayor Pro Tem Roy Ybarra to preside in his place.
With Ybarra as Donato's surrogate, no one could say the mayor had vacated his office.
But after Ybarra lost his re-election bid and a non-Donato appointee became mayor pro-tem, missed meetings began to count. Four straight absences and the mayor's office is considered vacant, says Mayo Galindo, the lawyer who wrote the petition for Donato's removal.
The townsfolk, Peña rightly points out, could have avoided this sham. With Donato under indictment for child indecency, however, 62 percent voted to give him another mayoral term.
Peña can't be blamed for that. But he won't apologize for a plea agreement that allowed a sex offender to remain in office.
Remarkable. Almost a year later, the DA is working hard to do the very thing he wouldn't do in the first place: kick out the mayor.
In Atascosa County, the law is working backwards.
Posted by Sam at 5:54 AM