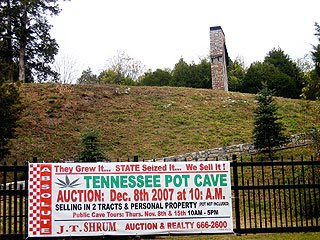 Not to mention that it is very sad for all concerned. The County, the other employees and other constables in the area.

Constable sentenced for selling evidence room pot
Lynn Brezosky - Express-News
BROWNSVILLE — A Cameron County constable was sentenced to four years and nine months in federal prison for selling marijuana out of the precinct evidence room.
Saul Ochoa, 37, also must serve three years of supervised release and pay a $500 fine.
Ochoa pleaded guilty in a June 19 plea agreement to selling about 10 pounds of marijuana to a confidential informant on May 12. Charges for three separate sales to the informant were dismissed under the agreement.
Investigators with the Port Isabel Police Department, Drug Enforcement Administration, and FBI say Ochoa sold the informant at least 25 pounds of marijuana for a total of $3,950.
Ochoa told investigators he was selling the drugs to finance a $40 per day cocaine habit. The informant witnessed Ochoa snorting cocaine.
A search of Ochoa's squad car turned up eight pounds of marijuana, along with a loaded 9 mm Beretta, two shotguns, shotgun ammunition, and an M-16. Investigators also found a small amount of cocaine in his wallet and evidence bags with control numbers matching a constable's office marijuana seizure.
Investigators searching Ochoa's Port Isabel home found a digital scale, a lighter, pipe, two hunting rifles, a brick of marijuana, and more empty evidence bags.
A search of Ochoa's precinct office yielded a bag with cocaine residue and more evidence bags.
Ochoa was the only person with the key to the evidence locker. Only 15 of the 190 pounds of marijuana that were supposed to be in the locker were accounted for.
He has been in custody without bond since his May arrest. He'll be stripped of his constable's title because of his conviction.
Posted by Sam at 7:17 AM