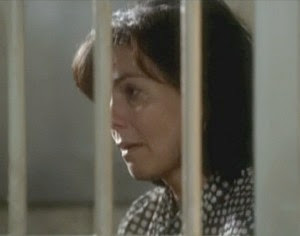 I would think its a fair guess that their relationship is over.

Man left girlfriend in prison to save money
A miserly German man left his girlfriend in prison rather than pay her £180 fine.
Magdalena Czerwinska, 34, was sentenced to 15 days in prison for theft but was told she could pay a fine instead.
But when she called Max Schuster and asked him to pay the fine for her he refused and said he would rather save the money for himself.
A police spokesman in Wanne-Eickel said: "He said he didn't feel like coming to pay the fine and so she is still stuck in jail.
"People are very worried in the current economic climate and they have to make whatever savings they can. He saw not paying the fine as a simple saving."
It is not clear if Schuster and Czerwinska will stay together when she gets out of prison.
Posted by Sam at 6:09 AM