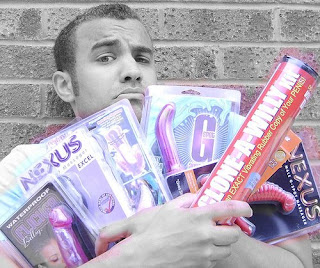 Hey Bill! WTF! This bag of stuff we stole is buzzing and vibrating??

I bet the owners don't show up to claim the stuff.

Sex Toys Stolen During Walker County Burglary
Sex Toys Were In Stolen Bag
RISING FAWN, Ga. -- A burglar may have been shocked when he opened a bag stolen from a Walker County home.
The stolen bag was filled with sex toys, according to the Walker County Messenger.
The homeowner reported a break-in at his home on Highway 157 in Rising Fawn to the Walker County Sheriff's Office. He told investigators he came home and found the lock on a door broken.
The list of stolen items included jewelry, about 75 DVDs, and the black bag of sex toys.
He estimated the stolen items at $1,900.
Posted by Sam at 7:02 AM