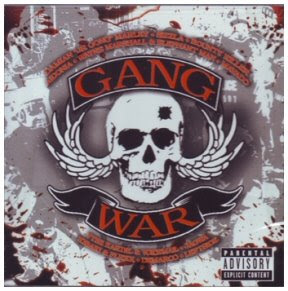 Another victim of the gang wars raging in San Antonio.

A man shot four times inside an East Side home on Sunday night has died, police said.

Christopher Evans Jr. , 24 , gave police a gang nickname and a brief description of the gunman before Evans was taken to a hospital, where he succumbed to his injuries.

Evans' girlfriend found him around 8:50 p.m. in a bedroom of the house in the 500 block of Ferris Street.

No arrests had been made in the case on Monday.
Posted by Sam at 5:55 AM