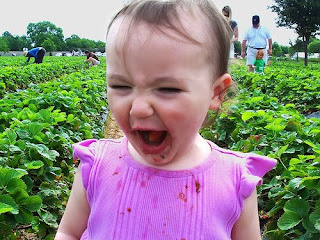 How long is this farce going to go on?

Mr. Mayor show some decency, instead of apparently indecency and step down and save your town this ongoing embarrassment.

Poteet mayor faces 3 new sex indictments
Sara Inés Calderón: Express-News
POTEET — Lino Donato, the city of Poteet's sex offender mayor, has been indicted on three new sex charges.
An Atascosa County grand jury on Monday charged Donato with one count each of aggravated sexual assault, a first-degree felony, indecency with a child by contact, a second-degree felony, and attempted indecency with a child by contact, a third-degree felony, according to a list of indictments released by the county district clerk's office.
It was unclear when, where, or with whom these offenses were alleged to have occurred. The clerk's office said it could not provide copies of the actual indictments because they were still being processed. District Attorney Rene Peña did not return calls seeking comment.
Donato was being held at the Atascosa County Jail on $200,000 bond Tuesday, officials said.
For most of the past year, while trying to take back his guilty plea on indecency with a child charges last October, he has fought attempts to force him to step down as mayor. City officials who have called the tug of war demoralizing didn't want to talk about the latest indictments.
“It's just a shame that the publicity we always get is so negative,” said Candy Cantu, a former city councilwoman who grew up with Donato in Poteet. “There's a lot of good things here. We have a lot of good people.”
The mayor was first indicted in July 2006 on three charges of indecency with a child. His ex-wife was the complainant and many in this small town believe his bitter divorce led to the charges. Donato was accused of exposing himself to two girls in 1996 and 2000 and of improperly touching one of them in 1997.
An indicted Donato was re-elected mayor in May 2007 and his jury trial began the following October, ending on Halloween when he pleaded guilty to two counts of indecency by exposure and no contest to one count of indecency by contact.
Almost immediately after accepting a plea deal that granted him deferred adjudication pending successful completion of 10 years' probation and requiring him to register as a sex offender for 20 years, Donato recanted, blaming inadequate counsel and hiring attorney Gary Churak to push his appeal for a new trial.
Churak was unavailable for comment on the new indictments.
Poteet city attorney Frank Garza has said Donato can be removed from office — not for the crime, since he was not formally convicted, but for missing three regular meetings without an excuse.
Donato decided in January to formally cede his duties — but not his title — to then-mayor pro-tem Roy Ybarra.
Ybarra lost his bid for re-election in May and Donato did not authorize the new mayor pro-tem, Fred Catala, to act in his stead. Donato re-assumed his official duties but can't attend council meetings because city hall is within 1,000 feet of the city library, where children may congregate.
As the mayor's absences mounted, Catala said in August that the council would consider voting to remove him in September. That vote never came.
Simultaneously, District Attorney Peña asked a judge in August to remove Donato for continued absences and failure to perform his duties. Donato filed an answer and the case is pending.
This month Peña asked the Texas Rangers to investigate Donato, but neither party would say why.
Poteet resident Roselynn Lopez said most of those concerned about Donato are of his generation, the people who grew up with him, but not younger folks like herself.
“People from other places will ask if the child molester is still mayor. It's embarrassing, but we just say, ‘Who cares?'” Lopez said. “A lot of people aren't going to say they approve (of him) but nobody is going to back him up.”
But resident Richard Martinez said most locals thought it a shame, a sad chapter in Poteet's history. Many considered the first accusations a nasty divorce tactic, but this time there's more doubt, he said.
“People are going to think we're all locos,” Martinez said. “One bad apple makes the whole town look bad. People are going to say we're a bad town, and it hurts.”