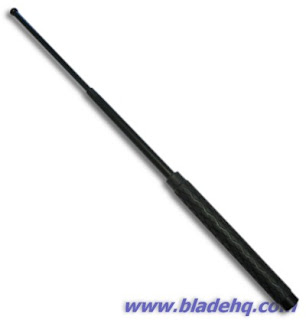 It sure seems like a lot of officer involved shootings are occurring this year.

Are people going nuts? Is it the cost of gasoline? Is it attributable to the economy?

So there, plenty of blame to go around.

Cop struck in leg, beaten with baton
Brian Chasnoff - Express-News
A San Antonio police officer shot and killed a burglary suspect who began beating the officer with his police baton Monday morning. Moments later, another suspect began shooting at the officer, who crawled for cover and returned fire, striking the second suspect in the torso, police said.
In the firefight, Officer Jeremy Swindells, a seven-year member of the Police Department, was struck once in the leg. He was taken to Wilford Hall Medical Center in good condition.
Swindells was the first officer injured in a day of violence for the department. Later Monday, two officers were shot with an assault rifle while attempting to serve a warrant at a South Side home and were taken to area hospitals.
The Medical Examiner's Office identified the suspect killed by Swindells as John Otten, 29. The suspect who fired at the officer was taken to University Hospital in critical condition.
Police Chief William McManus said police would investigate the far West Side shootings but added that the officer's use of deadly force appeared justified.
“I'll say this, when an officer is being beaten by an asp, yes, (deadly force) is an appropriate response,” McManus said. “That asp, if used in the head area and certain other areas, can be deadly.”
Police received a call for a burglary around 9 a.m. in the 200 block of Dirschell. The burglars had stolen the resident's car keys and driven off in his truck, McManus said.
As the officer was writing a police report in the front yard, a Toyota pickup passed in the street — the same truck that had been stolen in the burglary. The resident alerted the officer, who got into his patrol car and began a pursuit.
After a brief chase, a suspect crashed the pickup in the 9600 block of Sugarloaf. Two men jumped out, and Swindells ran after them.
Andy Sanchez, 58, was walking his dog in the area and saw one of the fleeing suspects.
“He passed right by me,” Sanchez said. “He was running, jumping fences. As soon as he started jumping fences, I heard gunfire. A lot of gunfire.”
Police said Swindells chased one suspect over a fence into a back yard in the 9600 block of Sturgis and tried to handcuff him.
“At some point during the handcuffing, the suspect managed to get his hands on the officer's asp,” McManus said.
As the suspect beat him with the baton, Swindells drew his weapon and fatally shot the suspect, police said. Meanwhile, the second suspect jumped the fence and began firing at Swindells with a handgun.
Struck in the lower left leg, the officer managed to crawl for cover and return fire, hitting the second suspect in the torso, police said.
Mark Vega was working nearby when the shootings occurred and said he heard the gunshots.
“We heard one fire, and then like a couple of seconds later we heard like about eight shots or so,” Vega said.
Injured, the suspect fled back over the fence, and police caught him about 20 minutes later.
Monday's incident was at least the seventh time San Antonio officers have shot suspects in the line of duty this year and the fourth to result in a fatality. Police shot eight people, killing five, last year.
On Sunday, an off-duty San Antonio police officer shot at two burglary suspects fleeing in a car. Police do not believe anyone was hit.
The officer was working security at a Northwest Side apartment complex when he confronted a man holding a screwdriver in the parking lot. The man jumped into a car driven by a second suspect, who reversed into a chain-link fence before lurching forward toward the officer. Fearing for his life, the officer fired, police said.
Posted by Sam at 6:55 AM