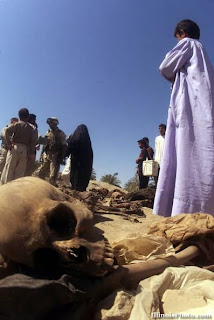 Somebody who waited in a long line for a ride?

Human remains found at amusement park
SAEN
Security personnel at Six Flags Fiesta Texas found skeletal remains inside the amusement park’s property on Wednesday, police said.
The human remains were found on cliffs near the amusement park. Clothing was found nearby, police said.
“(The remains) weren’t anywhere near the public (area),” said Joe Rios, a spokesman for San Antonio Police Department.
Rios said the remains appeared to have been there for six to 12 months.
The cause of death and the identity of the individual are still unknown, officials said. The remains were taken to the Bexar County Medical Examiner’s office for analysis.
Posted by Sam at 7:37 AM