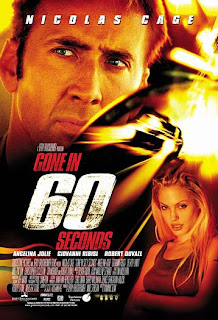 Police find cars taken by ring
Marvin Hurst - KENS 5 Eyewitness News
A 20-year-old woman has been arrested in connection to a car theft ring that operated from the North Side to the West Side.
More arrests more arrests are expected.
Police arrested Nicole Gomez, who reportedly admitted to being part of an operation that stole vehicles and chopped them up for a profit.
She was charged with theft and released on a $5,000 bond.
According to police, on Sept. 10 Gomez acted as the lookout for a group who broke into a business in the 13000 block of Judson Road and stole 30 sets of car keys.
An arrest warrant states the group stole 2006 and 2007 Scions, a 2008 Honda Pilot and a Honda Civic from J & J Adjusters.
Officers recovered three of the vehicles from a house in the 600 block of South Sabinas Street.
The vehicles were partially stripped of accessories and the seats.
Gomez lead police to the fourth vehicle and confessed her role in the operation. She even admitted to riding in one of the stolen vehicles.
There is no word on how many other suspects police are searching for.
Posted by Sam at 6:20 AM