Making do with more 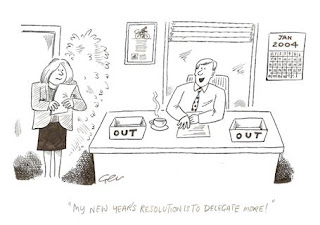 Not a Bud Light commercial, but a job at TYC.

In all fairness, many folks got COLA raises too.

TYC has fewer offenders, escalating costs
Lisa Sandberg - Express-News Austin Bureau
AUSTIN — The Texas Youth Commission has half the offenders it did 18 months ago, but the number of administrators overseeing the state's juvenile correctional agency hasn't been cut. In fact, it's grown, and some of the new bureaucrats have recently enjoyed raises.
Take Stephen Foster. He was hired last year as the agency's general counsel, at an annual salary of $104,000.
Then, as the population of offenders began plummeting — it now stands at 2,200 — Foster received a raise of nearly 7 percent. He now earns $111,000 a year, according to agency records.
His new salary is almost 8 percent higher than that of his counterpart at the state's adult prison system, Melinda Hoyle Bozarth, even though Bozarth's agency oversees 158,000 inmates.
The two men who work in the media office at the state's juvenile correctional agency each earn more than their counterparts at the state's adult prison system as well. With an annual salary of $100,000, Jim Hurley, TYC's media relations director, makes 30 percent more than the Texas Department of Criminal Justice's media director, Michelle Lyons. And with his recent 7 percent raise, Tim Savoy, the second media spokesman at TYC, earns $75,000, 19 percent more than his TDCJ counterpart, Jason Clark.
From their Austin headquarters, 368 administrators oversee the juvenile correctional agency — 47 more than early last year, when TYC had 4,000 offenders in its lockups, nearly double today's total. As the offender population dwindled — the result of a new state law that closed the agency to offenders 18 to 21 and those sentenced on misdemeanors — the total cost of paying all those employees has risen by nearly a quarter, to $18.7 million a year.
Some lawmakers say agency bigwigs have shown a willful disregard for reining in expenses. Last month, the chair and co-chair of the joint legislative committee that oversees the agency asked the state auditor, John Keel, to step in and investigate.
“It's an agency of high-priced employees in the central office trying to protect salaries and turf,” Sen. John Whitmire, D-Houston and chair of the committee, said last week.
Defending the agency, TYC Conservator Richard Nedelkoff, who was appointed by Gov. Rick Perry last year in the wake of the abuse scandal, said many of the executive hires were required by reforms enacted by the Legislature in 2007. He said he hired others simply to keep the agency from sinking.
Hurley said it was unfair to compare salaries paid to TYC employees such as himself in Austin, one of the more expensive areas in Texas, with those in Huntsville, where TDCJ has its headquarters. Hurley said TDCJ may pay its employees less but he knew employees at other state agencies who were paid more. As for him personally, he said his responsibilities include serving as a governmental affairs director — something his TDCJ counterpart acknowledged she was not responsible for.
Still, Nedelkoff said he will take steps to address lawmakers' concerns about runaway costs. He's ordered a freeze on raises for senior-level management, and he's open to eliminating as many as 30 central office management positions in 2010.
Texas taxpayers spend $237 million a year to keep TYC in business. That amounts to $108,000 for each of the 2,200 kids in lockups, or $55,000 per youth including those on parole. As the number of offenders has dwindled, the number of administrators drawing salaries of $100,000 and more has grown from three to nine over the past 18 months.
“Instead of spending money retaining and attracting new (juvenile correctional officers), TYC has chosen to increase central office personnel,” Whitmire and Rep. Jerry Madden, R-Plano, said in their letter to the auditor.
“In addition, we have seen evidence that large salary increases are being given to executive staff members. Yet today, our juvenile correctional system sits without a functional classification system or proven treatment and educational programs.''
Whitmire, who's called for eliminating TYC and diverting youths to local probation departments, said he was disappointed more progress hasn't been made in the 18 months since the abuse scandal broke.
A recent report described the educational system as generally poor, with overwhelmed teachers and poorly designed programs. And despite months of research and money, a treatment program has yet to be implemented systemwide.
Nedelkoff suggested some of the criticism was unfair, saying, “Reforms take years and years.”
No one can dispute that TYC's youths are safer today than they were early last year. Eleven thousand surveillance cameras have been installed in communal areas systemwide; an office of inspector general has been established to investigate crimes; an ombudsman has set up shop to advocate for juveniles; correctional officers receive more training and there are more of them relative to the population, Nedelkoff said.
The framework and the foundations for reform, he said, are just about complete.
Earlier this summer, Nedelkoff said he was preparing to leave because the reforms were progressing nicely and he thought the time was nearing for the agency to emerge from close monitoring by the state.
Whitmire and Madden were miffed. They described TYC as being “in a mess” and said they didn't think it was prudent for Nedelkoff to leave.
Now, Nedelkoff says he'll remain for the time being, and he's getting some help: Last week he named Cherie Townsend, a former agency employee, as executive director.
The fifth director in the past two years, she'll earn $125,000 a year — though the agency has submitted a request that her salary be raised.
Posted by Sam at 5:44 AM