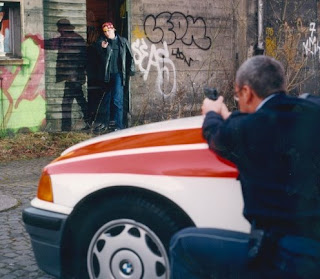 A busy evening in San Antonio.

I hope the two officers will be alright. The night's tally is three officers wounded, two perps dead and one in critical condition. (see story below)

SWAT Officer Pedro Garcia should receive a special commendation for the action he took which probably resulted in saving Officer Brandy Roell.

God bless him, them, and all those people who serve and protect our community.