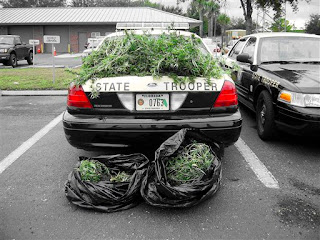 Keep up the Outstanding work!

Besides its good for my job security.

Officers seized more than five pounds of marijuana and more than one gram of cocaine from the residence, according to a release issued by Capt. Dennis Koepp, Comal County narcotics task force commander.

The Comal County Metro Narcotics Task Force, the county S.W.A.T team, the New Braunfels Police S.R.T. team, and deputies from the Guadalupe County Sheriff’s Office obtained a narcotics search warrant for a home in the 500 block of Doeppenschmidt Road in New Braunfels. During the operation, two people were arrested at the residence.

As of Monday evening, the two men were being held in the Comal County Jail. No bond had been set.
Posted by Sam at 7:23 AM