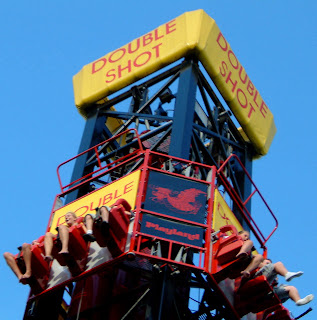 Okay my thoughts on why?

Gangs or drugs, or perhaps both.

Cops investigate double shooting
- Express-News
Police are investigating a shooting that sent two men to the hospital with non life-threatening injuries Saturday night.
The shooting occurred just after 10 p.m. at the corner of South Navidad and Ceralvo streets by a convenience store and apartments. Both men, each shot in the leg, ran about two blocks away to South Navidad and Mercedes where they called police.
Witnesses to the shootings said they heard at least 15 shots fired but they were unsure how many shooters were involved.
A woman who said she knows both victims said one is 18 years old and the other is 20.
Police did not have a motive for the shootings.
Posted by Sam at 7:24 AM