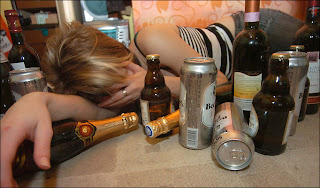 Obviously someone here isn't too bright.

Or really has a bad memory when it comes to remembering faces.

By Elizabeth Dinan
edinan@seacoastonline.com
PORTSMOUTH — Mere months after he was caught during a police sting selling beer to a minor, the same Seacoast Variety store clerk sold beer again to the same minor, say police.
The clerk, James Hudson, 64, of 314 Salmon Ave., is scheduled to appear in Portsmouth District Court Monday on a Class A misdemeanor charge of prohibited sales.
According to an affidavit by Lt. Rodney McQuate, an 18-year-old who was working with police went into the store on Aug. 29 and used a $20 bill marked by police to buy a six-pack of Heineken. The teen reported to police that the clerk, later identified as Hudson, did not ask to see any identification and sold him beer during a similar sting a few months earlier, according to court records.
McQuate's report says Hudson admitted he was caught selling beer to the same teen police volunteer on both occasions at the 1350 Woodbury Ave. store, and that a $20 bill in the store's cash register had the identifying marks placed there by police.
Posted by Sam at 11:48 AM