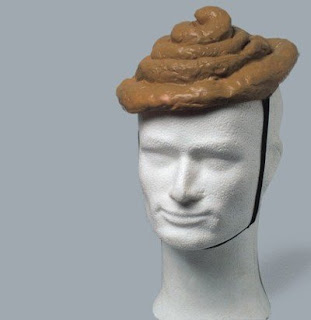 Found competent, the defendant smears feces on his head.

Oh boy, the trial goes on.

I still feel sorry for the court staff and personnel.

Man found competent; trial opens
Robert Crowe - Express-News
After days of courtroom outbursts, Richard Jett was found competent Thursday to stand trial on a murder charge in the 2006 slaying of Homer Lee Daniels.
Daniels, an 80-year-old known for helping the needy in his East Side community, was stabbed to death in June 2006.
Jett told police he and a girlfriend were staying with Daniels because they had been evicted. Jett told police a group of robbers killed the octogenarian at his home, then kidnapped Jett, 50, and forced him to drive them around in Daniels' car.
Prosecutor Julie Wright said Jett's story is “an ever-changing, fanciful tale of home invaders with ski masks.”
But defense attorney Albert Gutierrez said his client's account is not far-fetched, and added that police ignored evidence and witnesses who could implicate other suspects.
“You're gonna see these detectives made up their minds from the beginning,” Gutierrez said. “They jumped to a conclusion because it was easy with a guy like Richard Jett.”
Jett was charged with murder after police found blood at the crime scene came from Daniels and Jett. Jett's girlfriend also implicated him in the crime. Prosecutors said cuts found on Jett's hands are consistent with injuries a killer would sustain while stabbing someone.
Jett has said he cut his hands fighting off the attackers.
Jett was absent for the trial's opening statements and witness testimony because he asked not to be there, said District Judge Bert Richardson. Jett was also unavailable to return to court because he had smeared feces all over his head, clothes and sandals while in a holding cell during a lunch break, Richardson said.
Earlier Thursday, however, Jett appeared in court for the competency hearing while firmly strapped to a restraint chair. Richardson ruled Jett competent to stand trial after Dr. John Tennison, a psychiatrist, testified that Jett's outbursts did not appear to be a case of psychosis or a panic disorder.
“To me, this seems to be almost a willful intent to disrupt” court proceedings, Tennison said.
Daniels' son, Arthur, testified that his father was a good man who helped anyone who needed food or a place to stay. Under cross-examination, Arthur acknowledged that he told police at least four of those individuals who stayed at the father's home were prostitutes known to be crack addicts, including some the father had quarreled with in the days and weeks before his death.
Jett's sister, Nora Jett, said in a phone interview later that her brother has a history of mental illness, including a diagnosis of schizophrenia with paranoia.
“My brother is sick,” she said. “He wasn't capable of killing anyone.”
Posted by Sam at 7:16 AM