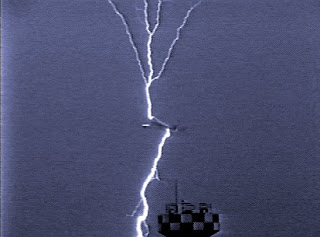 I am amazed someone would do this.

I am equally amazed at how you would go about finding out who did this.

Indictment alleges laser pointed at pilot
SAEN
A San Antonio man has been charged with interfering with aircraft for allegedly aiming a laser pointer at a state police helicopter staging here for Hurricane Dolly.
The FBI arrested Cesar Alejandro Torres Wednesday on an indictment filed last week.
The indictment said that on July 23 Torres shined a laser light into the eyes of a Department of Public Safety helicopter pilot as he flew to San Antonio.
Torres was released on unsecured bond and is due for arraignment Oct. 8.
Posted by Sam at 6:22 AM