And so it starts 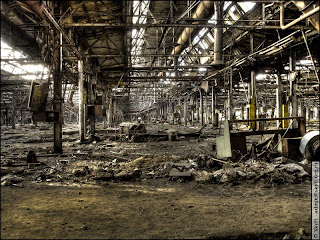 Sorry, but I predict that Toyota will leave this city because of crap like this. Lawsuits and litigious workers drove out Levi Strauss and I predict will ultimately drive out Toyota.

S.A. workers sue Toyota over overtime
Sanford Nowlin - Express-News
Eight workers at Toyota’s San Antonio assembly plant have sued the company in federal court here, claiming they weren’t paid for overtime work.
The suit, filed Friday, claims workers at the Tundra pickup truck plant and other Toyota facilities were not paid when they pre-assembled parts before to the start of their shifts, worked into their breaks, and cleaned up after the end of their shifts.
Toyota officials said the suit is without merit.
The suit alleges Toyota “intentionally, willfully and repeatedly” made assembly line employees do off-the-clock overtime work. It asks the court to let workers at Toyota’s other U.S. factories opt into the suit if they haven’t been fairly compensated.
“We are following all state and federal laws regarding compensation in Texas and at all our North American plants,” Toyota, the world’s No. 2 automaker, said in a written statement. “We will, of course, vigorously defend ourselves against this claim.”
Toyota workers aren’t paid overtime unless they work more than six minutes past their normal shift, according to the lawsuit. Managers regularly round down work that falls short of the six-minute increment, the filing claims.
“It sounds minuscule for one person, but you’re talking about 30,000 Toyota employees across the U.S.,” said Doanh T. Nguyen, the plaintiffs’ Laredo-based attorney. “That’s a lot of time and money Toyota is saving.”
The company has no automated punch-clocks in its plants, according to the lawsuit. Workers stand in line to register their overtime with supervisors, who tell the employees the amount of overtime they can record.
Those at the end of the line are told to record the same amount as those at the front, the suit claims.
“Those workers are still at the disposal of Toyota while they’re in that factory,” Nguyen said. “They’re still at the on the job while they’re waiting in line.”
Six of the workers bringing the suit are Toyota employees. The other two work for Hanover, Md.-based Aerotek, a national staffing firm that supplied 200 contract workers for the plant. Attempts to contact Aerotek on Friday afternoon were unsuccessful.
None of the company’s U.S. workers are represented by labor unions.
Toyota temporarily stopped production at its San Antonio plant last month after sales of Tundra trucks dwindled. The company said it would restart the assembly line in November, once it’s ready to produce the 2009 version of the vehicle.
During the shutdown, Toyota’s 2,000 San Antonio workers continue to report to the plant for training and process-improvement work.
Posted by Sam at 8:48 AM