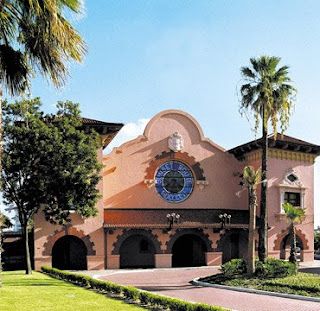 I should have a seperate blog for these shootings.

This will also do wonders for business by the Sunset Station won't it?

One dies, one wounded in vehicle shooting
KENS 5 Eyewitness News -
Police were searching Monday for a person who fired into a vehicle containing three people, killing the driver and wounding a passenger.
The trio were in a vehicle leaving a nightclub when someone in a dark SUV fired 7-8 rounds from a .45-caliber handgun.
A bullet struck the woman driver in the head and a passenger had to grab the steering wheel to bring the vehicle to safety near Sunset Station. The driver was pronounced dead at the scene.
A male passenger was shot in the arm and taken to an area hospital in serious condition. The third person in the vehicle was not wounded.
Posted by Sam at 6:03 AM