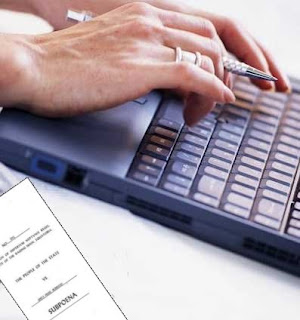 CANBERRA, Australia -- You've been "superpoked" - and served. A court in Australia has approved the use of Facebook, a popular social networking Web site, to notify a couple that they lost their home after defaulting on a loan.

The Australian Capital Territory Supreme Court last Friday approved lawyer Mark McCormack's application to use Facebook to serve the legally binding documents after several failed attempts to contact the couple at the house and by e-mail.

Australian courts have given permission in the past for people to be served via e-mail and text messages when it was not possible to serve them in person.McCormack, a lawyer for the lender, MKM Capital, said that by the time he got the documents approved by the court late Tuesday for transmission, Facebook profiles for the couple had disappeared from public view.

Read the entire article HERE.
Posted by Sam at 3:31 PM