It was a homicide 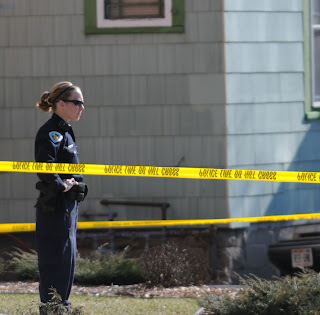 Well, now its confirmed it was a homicide by the ME's office.

It was physically impossible for her to have placed the gun to her forehead, right between her eyes and pull the trigger.

The various accounts of how it happened by the boyfriend were also very suspicious as I related the other day.

I'm concerned about how blase the mom seemed to be regarding the fact that they'd argued before.

Boyfriend arrested in teen's death
By Michelle Mondo - Express-News
San Antonio Police on Friday arrested the boyfriend of 18-year-old Kimberly Tello, who was shot in the head and killed Christmas Eve.
Richard Nathan Gallardo, 18, was charged with murder and remained jailed Saturday with a $100,000 bond.
Gallardo was arrested after the Bexar County Medical Examiner's Office made a determination based on Tello's gunshot wound that she could not have pulled the trigger herself, according to an arrest warrant affidavit.
Officer Joe Rios, a department spokesman, said Gallardo has not admitted to pulling the trigger but that his accounts of that night didn't add up.
“He was giving two different stories,” Rios said. “He told us first that she accidentally shot herself. We do believe he caused the death, intentionally or knowingly.”
Just after 10 p.m. Wednesday, police found Tello on the floor near a bed in Gallardo's home in the 300 block of East Southcross, a police report said. There was a broken liquor bottle on the floor and the room was in a state of disarray, according to the report.
Gallardo, Tello's boyfriend of about six months, said the two were at his apartment to talk about a fight he had gotten into earlier in the day with Tello's ex-boyfriend. The fight broke out at Gallardo's work, and he was subsequently fired, according to a police report.
After the shooting, Gallardo told police that Tello grabbed his gun from its hiding place behind a VCR, according to a police report. Later in the report, he said that he hid the gun he was carrying under the couch, then went to the bathroom and told Tello not to touch it.
When he returned, the report said, Tello said she wanted to play Russian roulette and was holding the gun.
He then told police that she pulled the trigger twice before the gun fired.
However, in the arrest affidavit, Gallardo told police he was the one playing Russian roulette when Tello grabbed the revolver from him and that the gun went off and Tello was shot in the head.
Gallardo's arrest has given Debbie Tello, Kimberly Tello's mother, some satisfaction. However, the question of why it happened is just as important to her as what happened.
“But I just want to ask one question: What made him do that to her?” she said. “They've argued before, maybe as normal teens do, but what made him, that night, do that to her?”
Posted by Sam at 7:10 AM