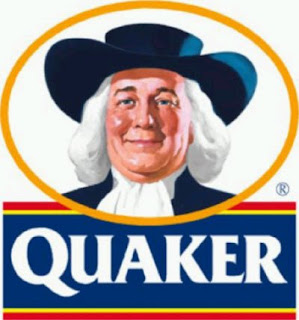 This gives a whole new meaning to the term "Quakers".

It's a pun. BTW I did my Master's thesis research in Geology not too far from this area.

A minor earthquake rattled Lancaster County early Saturday morning, according to the U.S. Geological Survey.The 3.3 magnitude quake hit at 12:04 a.m., according to Dale Grant, a geophysicist at the USGS's 24-hour earthquake monitoring office in Golden, Colo."We consider this a very minor event, something local," Grant said.

Tell that to people of Lancaster County.
More than 1,000 residents called the county 911 center after feeling the tremors, according to the emergency dispatch center. No injuries were reported as of 12:30 a.m.The USGS Web site shows the quake was centered in the Salunga-Landisville area. It was felt in Philadelphia and Baltimore, too.

George Warner, a resident of Lititz in north Lancaster County, said he felt and heard two loud booms, about a second apart."It was a loud boom and I heard our China cabinet shake," he said in a phone interview. "Then there was a second boom and I looked around the house to see if there was something that was the source. My guess was it was an earthquake. There was no damage."

The earthquake was the seventh minor one to hit the state since early October, according to USGS data. The tremors were centered around a 23-mile radius of Saturday morning's quake. They occurred: Oct. 5, 19, 20 and 23.
Posted by Sam at 7:26 AM