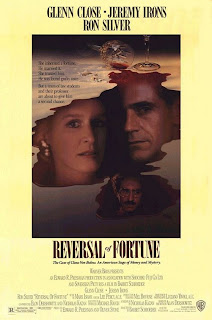 For many of you too young to remember this case, which preceeded OJ's 1st murder trial by about 10 years, was a really big deal.
He was found guilty at the first trial won his appeal and was acquitted at the second trial.

A very sad matter for all concerned. The question remains did she do it? or did he?

'Sunny' von Bülow dies after 28 years in a coma
From The Times:
Claus von Bülow, who was accused of trying to kill his heiress wife with insulin overdoses, feels that his own private battle with cancer reinforced his belief that she could recover from her 28-year coma.
Following the death of Martha “Sunny” von Bülow at the weekend, a close friend revealed that her husband, who was acquitted of trying to kill her after two sensational murder trials in the 1980s, believed that medical advances would return her to consciousness.
Mr von Bülow’s trials were among the most dramatic court cases of the past century. The case was made into the Oscar-winning film Reversal of Fortune, starring Jeremy Irons and Glenn Close.
But any chance of solving the mystery of exactly how his wife was left in a permanent vegetative state ended on Saturday when she died aged 77 at a New York nursing home.

Yesterday Mr von Bülow said prayers for her at the Brompton Oratory, West London, before returning alone to his £4 million South Kensington home.
Legally constrained from talking about the case, he toldThe Times:“My daughter and I are both very sad.”
But a close friend revealed that he had never given up hope that his wife would recover following her collapse at their estate in Newport, Rhode Island.
“Whatever the doctors said at the time, and that was pretty definitive within three weeks of admission to hospital, he always felt there are breakthroughs in medicine,” the friend said yesterday.
Mr von Bülow, now 82, was firmly against allowing his wife to die in hospital through “benign neglect”, even though doctors said there was no chance of recovery.
The friend said: “He told me ‘No one could not say for sure there was no chance of recovery. But I knew for sure that she was not suffering. Therefore the issue of allowing her life to fade away did not arise’.
“Claus was diagnosed with cancer of the prostate three years ago, and if it had been 10 years ago he would be now be dead. But medical advances are such that he is alive.”
Mr von Bülow last saw his wife 24 years ago at a medical centre where she was cared for in a private, guarded room. He was later banned from seeing her and agreed to a divorce as part of a legal settlement with the two children from her first marriage.
“Her death was an enormous sorrow, but Claus is a logical and reasonable man, so he sees it must also be a blessing,” said the friend. “After 28 years he knew there was probably no hope, but his daughter will now be able to mourn.”
In court, the prosecution claimed that Mr von Bülow twice tried to kill his wife with insulin to inherit a large chunk of her wealth and be free to marry a mistress. His defence insisted she had been an alcoholic and pill popper who drank herself into a coma.
Although cleared at the second trial, without the witness testimony of Mrs von Bülow the innuendo and suspicion has remained.
Mr von Bülow, a Cambridge-educated barrister, has told friends that he understood why the jury at the first trial found him guilty. Without medical proof, the prosecution rested on circumstantial evidence based on financial motives and testimony by maids, chauffeurs, doctors and personal exercise trainers.
At his successful appeal, his lawyer, the Harvard law professor Alan Dershowitz, focused on claims about Mrs von Bülow’s drug use and medical evidence casting doubt on a supposedly insulin-traced syringe.
A close friend said: “Everything else, the fact she had a great deal more money then him and the fact that he had a mistress, was totally irrelevant.”
The friend added: “It was tragedy rather than a thriller because the accusers were innocent, the accused was innocent and they had just managed to ruin a family.”
Posted by Sam at 7:16 AM