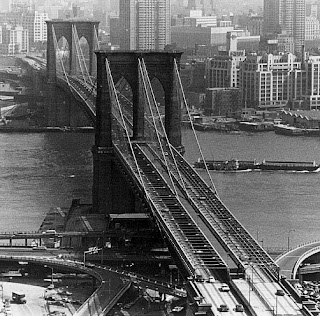 Why are people such assholes?

If you believe that I have a bridge in Brooklyn to sell you.

Christmas Eve death baffles grieving family
Michelle Mondo and Eva Ruth Moravec - Express-News
On Christmas Day, Kimberly Tello was supposed to be at her younger brother's side, watching him open the “WALL-E” and “Kung Fu Panda” DVDs she had chosen weeks earlier for his 10th birthday.
Instead, her family gathered around the table without her, everyone putting on a brave face for the boy who did not quite understand the news they received hours earlier.
Tello was dead, killed by a gunshot wound to the head when at her boyfriend's house on Christmas Eve.
While the case is being investigated as a homicide, authorities are trying to determine if the shooting death of the 18-year-old was a result of a macabre game or if someone else pulled the trigger. No one has been charged.
According to the police report, Tello was fighting with her boyfriend of six months before the shooting occurred just after 10 p.m. at his home in the 300 block of East Southcross Boulevard.
In the report, the boyfriend, who was questioned by police after the incident, gave a couple of accounts of the shooting.
However, he also stated that the two fought after Tello and her ex-boyfriend visited him at work earlier that day and the two men had a fight. Tello's boyfriend was fired after the fight, the report said.
Debbie Tello, Kimberly's mom, said she does not believe there is any way her daughter would have picked up that gun.
Sitting on a couch beside a Christmas tree not far from the table holding all of the birthday cake from the previous day, Debbie Tello fought back tears.
“I'm trying to be brave but when I'm alone it's so hard,” she said.
The entire Tello family is in shock, Debbie Tello said. Along with Johnathon, 10, Kimberly Tello is survived by her father, Victor, and her 16-year-old brother, Victor Jr.
Debbie Tello said her daughter was a vivacious teen always running around with friends from Harlandale High School, where she was a senior, or heading off to her job at a pizza place.
“She was happy,” her mom said. “She was getting a big graduation party and she had signed up at St. Philip's.” Tello wanted to work in the medical field.
On the day of the shooting, and after the fight at the boyfriend's work, Kimberly Tello called him several times, according to the report, but he hung up on her several times before taking her call. She said she wanted to work things out. He met her outside her apartment complex, and the two walked back to his house at 347 E. Southcross together, the boyfriend told police, according to the report.
Then he gave them different stories, the report said. At first, he told police that Tello grabbed his pistol from its hiding place behind a VCR; later in the report, he said that he hid the pistol he was carrying under the couch, then went to the bathroom and told Tello not to touch it.
When he returned, the report said, Tello said she wanted to play Russian roulette and was holding the gun.
According to the report, Tello's boyfriend told police that she pulled the trigger twice before the gun fired.
Debbie Tello said she was told the wound was between her daughter's eyes.
Attempts to reach the boyfriend were not successful. His name is being withheld because he has not been charged with a crime.
Debbie Tello said while friends of her daughter's have stopped by their home, she hasn't heard from the boyfriend or his family.
As the police continue to investigate, she wonders if she'll ever get the full truth of her daughter's last hours.
Even so, she doesn't feel animosity towards the young man.
“I don't have any anger,” she said. “It's not going to bring her back.”
Posted by Sam at 10:32 AM