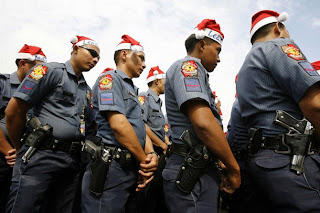 As I said yesterday, crime doesn't stop for the holidays.

Police were called to the hospital at around 12:30 p.m. to look into a case that New Braunfels police officers said Thursday involves a minor. At press time on Wednesday, officers still were at the scene investigating the possible assault and no information was available. When contacted on Thursday, officers declined to give further information because of the delicate situation with the complainant being a minor.

While little information has been released at this point, New Braunfels police officers said more details could be available today.
Posted by Sam at 8:17 AM