A lawyer in contempt 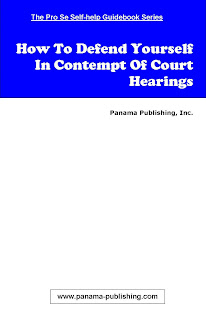 I hope Michelle Valicek gets what sounds like some much needed help.

Lawyer ordered to leave grandma's former home
By Graeme Zielinski - Express-News
The San Antonio lawyer jailed this fall for contempt of court in a bizarre case involving her grandmother's estate and allegations that she had embezzled from it was ordered by a Bexar County probate judge on Friday to leave the Monticello Park home she bought with the fortune, even as her own lawyer raised questions about her competence.
Michelle Valicek, 50, has yet to fully account for what's happened to the estate of her 95-year-old grandmother, retired ballet instructor Margaret Lorenz, and the sizable estate Lorenz inherited from a nephew who died in 2005 without a will.
Amid allegations of elder abuse, Valicek was stripped of her responsibilities administering the estate by Probate Judge Tom Rickhoff in the spring. According to court records, Valicek was spending from the combined fortunes $25,000 a month.
Among her purchases were a Lexus, a baby grand piano and a pool table.
Rickhoff had Valicek jailed for one night in October for contempt of court after she apparently failed to cooperate with the new administrator of the estates, William Bailey.
On Friday, her lawyer Larry Souza said it was his client's fear of being jailed again that initially kept her from showing up for the hearing, as well as what he described as a rapidly declining mental state. Rickhoff estimated there was still $700,000 from the estates not accounted for.
Souza said Valicek was in a nearby parking lot crying and “hysterical,” and it was his recommendation that she be committed to a hospital. He asked Rickhoff to make plain to his client the need for her to vacate the house in the 200 block of Mary Louise, which she had agreed to do by Dec. 13.
That was in an agreement reached last month that saved her from being jailed, an agreement in which she conveyed the deeds to five properties to the administrator.
But she continues to occupy the Mary Louise house. Court records show she had purchased the house for $460,000 with her grandmother's money and is living there with two school-aged sons.
“I want you to bring her in here and tell her how the cow ate the cabbage,” said Souza, who said he has found it difficult to confer with Valicek.
Rickhoff's order would mean Valicek would need to be out of the house in early January.
After various delays, a subdued-looking Valicek came on her own into the courtroom, where she again voiced her objections to her father eventually assuming control of the monies from Bailey. She left without answering a reporter's questions.
Richard Lorenz, whose mother had moved to San Antonio from Corpus Christi after the death of his father, has over the years feuded with his daughter over his mother's care. Rickhoff seemed to plead with him to show her some compassion.
“The whole family needs to get healing here,” said Rickhoff, visibly pained, both by the case and by recent surgery.
If there is any good news in this tale, it's the state of Margaret Lorenz, who lives next to the Northwest Side ballet studio she founded and which is still in operation. Her son testified that, with a new team of caregivers, she has become more alert and responsive.
“It's unbelievable,” he said.