Don't forget the whales, but save the babies too 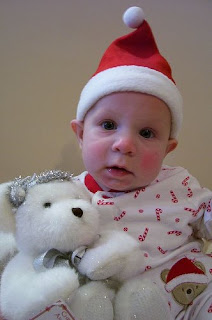 I hope the child recovers fully.

Man charged with injury to a child
Express-News - Atascosa County authorities charged a man with injury to a child Thursday after the sheriff’s office was notified by University Hospital staff of life-threatening injuries to his girlfriend’s 2-year-old daughter.
James Paul Fernandez, 25, was arrested Thursday by Atascosa County sheriff’s investigators and charged with injury to a child with serious bodily injury, a first-degree felony, said Chief Deputy David Soward.
Soward declined to identify the girl or her mother. He said Fernandez lives in the Shalimar subdivision 7 miles north of Poteet and his bond was set at $200,000.
Fernandez was baby-sitting the child for his girlfriend while she worked Wednesday afternoon and the girl’s 14-year-old brother returned to find the baby injured and unresponsive, Soward said.
The child was taken to Christus Santa Rosa Hospital, then transferred to University Hospital where doctors determined she had severe head trauma, lacerations and hematoma contusions all over her body, Soward said.
The baby had head surgery Wednesday night and was in critical condition Friday evening, the chief deputy said.
Posted by Sam at 5:28 AM