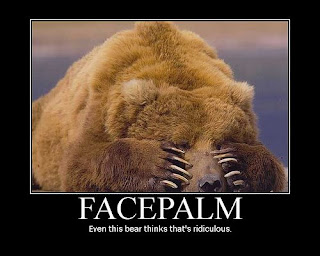 CLARKSTOWN, NY - It may have been the missing watermark or the missing security fibers that tipped Clarkstown Police Officer Robert Reilly that the two $100 bills he was holding were fake.
Or it could have been that identical serial numbers, HJ00407598A, appeared on both bills.
Whatever it was, it certainly put the brakes on Jean Etienne's plan to pay his bail with the two fake bills after he was arrested in connection with skipping a court hearing on shoplifting and disorderly conduct charges.
Now Etienne, 20, of Garnerville is facing a maximum seven-year prison term if convicted of two counts of possession of a forged instrument instead of a year in county jail in connection with the missed court hearing on the two lesser counts.
"You see stuff like this, you shake your head," Sgt. Bernard Cummings said. "There is a comic edge to this thing - but not for him. The moral of the story is whenever you are posting bail, use legitimate currency."
Etienne was employed by Macy's in the Palisades Center in April 2007, when management found $20 was lifted from the till. He was charged with criminal possession of stolen property, a misdemeanor. He was charged in July 2007 with disorderly conduct, a violation, in an unrelated case.
When he failed to show up in Clarkstown court on the disorderly conduct charge, a single warrant was issued against him in both crimes, Cummings said.
Etienne's contact with police took a more immediate turn Saturday, courtesy of poor automotive upkeep on the part of a friend.
Stony Point police stopped a car with a loud muffler on Route 9W at Lowland Hill Road about 10:10 p.m. Saturday and found out through a routine identification check that Etienne, the passenger in the car, was wanted on the warrant.
Stony Point officers transported him to Clarkstown Town Court, where he was arraigned before Judge Rolf Thorsen on the two-count warrant.
Thorsen set bail at $200.
Etienne told police that he had $200 to pay his bail, and police took possession of the two $100 bills he had.
When Reilly spotted the missing security measures on the bills and then checked their serial numbers, Etienne was returned to the town lockup. He was arraigned later in the day on the felony forgery charges.
Clarkstown police called the Secret Service, which oversees U.S. currency forgery cases. As of yesterday evening, a Secret Service agent had not spoken with Clarkstown police. Cummings said he did not know how the bogus bills had been disseminated or if others were in circulation.
Cummings said Etienne made a statement about how he got the bills, but the statement was not being made public.
Etienne was being held in the Rockland County jail without bail pending a hearing in Clarkstown Town Court at 1:30 p.m. tomorrow.
Posted by Sam at 6:42 AM