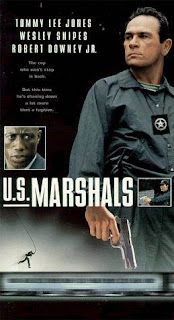 US Marshalls 2 America's Most Wanted fugitives 0.

2 of 'America's Most Wanted' arrested in S.A.
By Brian Chasnoff - Express-News
A couple accused of committing a violent crime spree stretching from Virginia to Florida were arrested Sunday at an apartment complex near Windcrest on the Northeast Side, where U.S. marshals and police dragged them from a stolen van, authorities said.
Jason Betts, 24, and Mithrellas Curtis, 23, each were charged with murder and three counts of malicious injury, crimes that earned them spots on the TV show “America's Most Wanted.”
“Sorry,” said Betts, dazed and limping as police led him to a patrol car Sunday. “I have no idea what's going on.”
Betts had recently been released from prison when he violated his probation Dec. 4, threatening to kill his ex-girlfriend and two other people at a community college in Virginia where she was a student, Supervisory Deputy U.S. Marshal Tom Smith said.
Police say Betts broke into the woman's house in Smyth County, Va., four days later and stabbed her father, James Brown, to death, nearly decapitating him. He's also charged with using a baseball bat or nunchucks — sticks connected with a short chain or rope — to beat the woman, her current boyfriend and her mother. All three remained in critical condition Sunday.
Curtis was with Betts during the home invasion, police said.
“It was blind devotion,” Smith said. Betts “had full control” of Curtis.
The couple fled to North Carolina, where a pizza deliveryman was attacked and robbed of more than $100, a van, a pizza and two liters of Pepsi, police spokesman Joe Rios said.
Betts “bashed him in the back of the head with a rock,” Rios said. “He was down on the ground and he kept on hitting him.”
Betts and Curtis then drove to Florida, where a pizza deliverywoman was attacked and robbed, Rios said.
Authorities narrowly missed the couple in Orlando, and soon afterward Curtis called someone from San Antonio, claiming that she and Betts had made it to Mexico, Smith said.
About 8 a.m. Sunday, a plainclothes deputy U.S. marshal spotted the stolen van parked next to a Dumpster at Cobblestone Village in the 7900 block of Ray Bon Drive. Police and U.S. marshals returned and bashed in a side window.
Betts “was pulled out of the van and pulled down to the pavement,” Smith said.
Posted by Sam at 6:43 AM