The cockroaches are caught (well all but one) 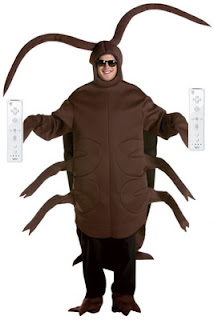 I hope the hammer gets slammed on these scumbags.

Police have four teens in custody and are searching for a fifth person after a man was shot while waiting for a bus on the near North Side .The 43-year-old victim, who was shot at a bus stop on San Pedro Avenue and West Park taken to Brooke Army Medical Center, had refused to give his backpack to a group of teens in a brown SUV. According to investigators, a group of teens in a stolen brown-colored sports utility vehicle shot a 23-year-old man who refused to give the teens his backpack. The gunshot victim was transported to Brooke Army Medical Center.

The teens fled from the scene but a soon was involved in a brief chase with police before they crashed into a telephone pole at the intersection of North Flores and Basse Road. Police caught four of the five teens, while the fifth teen managed to get away. Inside the stolen vehicle police found a gun and drugs.

The teens face charges of aggravated robbery, evading arrest and theft of a vehicle.
Posted by Sam at 6:50 AM