He was pissed off 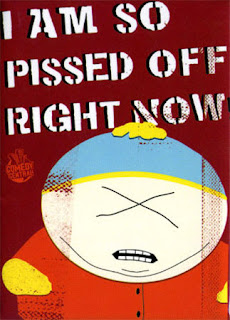 One seriously pissed off dude.

WILLMAR, Minn. (AP) - A 50-year-old man told authorities he was fed up with teens toilet-papering his house during homecoming week. This year, he decided to defend his property - with a squirt gun filled with fox urine.
Now, Scott Wagar is in trouble with the law. He pleaded not guilty on Wednesday in Kandiyohi County District Court to misdemeanor assault and other charges. He was released on personal recognizance.
According to police, on Sept. 16, Wagar used night vision goggles and saw 15-20 people running toward his place. He told them to leave and sprayed them with the fox urine. He also struggled with one teen who he says grabbed him from behind.
In an interview with The Associated Press on Thursday, Wagar says he's innocent, and has a right to defend his property. He says groups of teens have been toilet-papering and egging his house during homecoming for about eight years, and each year it gets more destructive.
He says he sprayed the kids with a mixture of one-third fox urine and two-thirds water because "it stinks, but it doesn't hurt anything."
Posted by Sam at 8:17 AM