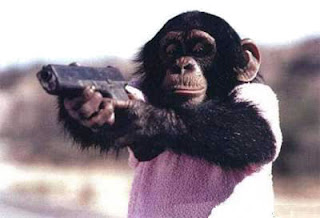 Where was the gun that the cousins could get their hands on it?

Police say boy, 4, accidentally shot by cousin
By Michelle Mondo - Express-News
A 4-year-old boy was accidentally shot in the arm Tuesday afternoon when his 12-year-old cousin showed him a loaded shotgun.
The injuries did not appear to be life threatening, officials said.
Bexar County sheriff's Deputy Ino Badillo said officials were called to the home in the 12000 block of Noftgzer Road in far Southwest Bexar County around 3 p.m.
Badillo said the cousins wanted to compare each other's pellet guns, and when the 12-year-old retrieved his, he also brought out the .410-gauge shotgun.
When the 12-year-old boy picked up the gun, he accidentally pulled the trigger. Badillo said he did not know the extent of damage to the 4-year-old boy's arm or the distance between the boy and the gun when it was shot. He was transported to University Hospital.
Badillo said the 12-year-old was clearly distraught over what had happened.
Officials were investigating where the gun was kept in the house, what family members besides the boys were around when the shooting occurred, and if any charges would be filed against the adults.
Multiple members of the same family live at the homes on the property, he said.
Badillo did not know if the pellet guns were gifts to the boys for Christmas.
Posted by Sam at 8:24 AM