Taking a bite out of crime 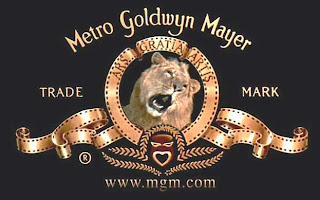 More alleged shenanigans south of the border by the police.

MEXICO CITY – A gardener detained along with more than a dozen members of an alleged drug trafficking ring testified that police threatened him to feed him to lions and tigers during a raid at a Mexico City mansion, a newspaper reported Friday.
The Oct. 16 raid — in which police seized exotic animals from a private zoo at a sprawling estate — has been marred by allegations of abuse and corruption against the police who conducted the operation.
Mexico's former acting federal police chief, Gerardo Garay, is under investigation for allegedly stealing money from the mansion during the raid. Garay is among several federal officers arrested for alleged collaboration with drug cartels in a corruption investigation known as "Operation Clean House."
The Reforma newspaper says it had access to a court hearing Tuesday in which the gardener, Fernando Maya, testified that police beat him, gave him electric shocks and threatened to rape his wife if he did not reveal the whereabouts of the owner of the house, who remains at large. He claimed that police dragged him to cages with lions and tigers and threatened to throw him inside.
"They kept saying, where is he? And that they were going to throw me to the lions, they were going to throw me to the tigers, which had not eaten," the newspaper quoted Maya as saying. "I told them they should just kill me."
Maya also claimed that a police commander tried to goad a monkey into scratching him, but the animal ended up swiping the officer instead.
The federal Public Safety Department that conducted the raid said its investigation was still continuing and it declined to comment on Reforma's report, which was unusual because most court hearings in Mexico are closed to the public.
Eleven Colombians, a U.S. citizen, two Mexicans an Uruguayan were detained in the raid, . Prosecutors said the gang allegedly arranged for sea-born cocaine shipments from Colombia to Mexico's Beltran Levya cartel.
Six of the Colombians and the Uruguayan were charged Tuesday with drug trafficking. The other foreigners were turned over to immigration authorities to determine whether they should be deported.
It was unclear if Maya has been charged with any crime. Reforma reported that he was released on bail Wednesday.
Posted by Sam at 7:21 AM