Can you say frivolous lawsuit? 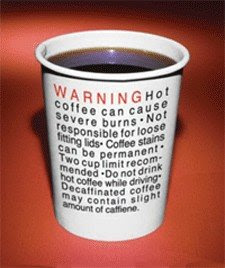 Chutzpah has been defined as a man who after murdering his parents throws himself upon the mercy of the Court proclaiming that the Court should go easy on him because he's an orphan.

This lawsuit sounds in the same vein, to me.

Convicted last year of intoxication manslaughter for the death of her boyfriend, the 21-year-old daughter of a state district judge is suing the truck driver she ran into during a drunken driving crash.
Elizabeth Shelton, the daughter of juvenile judge Pat Shelton, is accusing truck driver Lance Bennett of negligence in the Oct. 23, 2007, wreck that killed her boyfriend Matthew McNiece.
Shelton had a blood alcohol concentration more than three times the legal limit, two tests showed. She was sentenced to eight years' probation and had to serve four months in jail.
Shelton, along with her family and the family of the boyfriend who was killed, are suing for $20,000 for the destruction of the Lexus SUV she was driving and an undetermined amount for mental anguish, pain and suffering.
Bennett was driving the box truck that Shelton rear-ended on the Southwest Freeway near Kirby around 2 a.m.
Bennett's attorney, John Havins, said the lawsuit, filed in October, was the last chance to make a claim before the statute of limitations ran out.
He noted that Shelton named 16 defendants, including insurance companies and banks. "They're just throwing everything against the wall to see if anything sticks," Havins said.
During Shelton's trial, an expert for the defense testified there was evidence that Bennett swerved into Shelton's lane. An expert for the prosecution, however, said there wasn't evidence that Bennett got in her way.
Testimony also showed that the company Bennett was working for let the insurance on the truck lapse.
"The injuries and property damage sustained by (Shelton and her family) were not the result of intentional acts, but were accidental and caused by the negligence of the uninsured/underinsured driver," Shelton's attorney Mark Sandoval wrote in the lawsuit.
Posted by Sam at 6:39 AM