Justice cries out from beyond 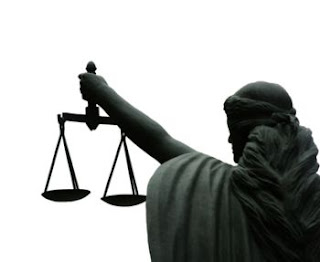 I hope, as 1st Assistant DA Cliff Herberg says, that the convictions can be obtained without her testimony.

Then I hope we can find out what happened to Amanda Carmona and bring those responsible to justice.

Slain woman was witness in murder case
By Robert Crowe - Express-News
A 19-year-old woman whose skeletal remains were found Sunday was a witness in a murder case pending trial, according to Bexar County sheriff's deputies.
The remains of Amanda Carmona were found inside a 55-gallon drum in Bullis County Park at Old Blanco Road and Hogan Drive.
A man walking his dog noticed bones outside the container. Deputies opened the drum to discover more bones inside.
“There was no tissue whatsoever; it was strictly skeletal,” said Deputy Ino Badillo, a Sheriff's Office spokesman.
Carmona, 19, was reported missing to the San Antonio Police Department on Nov. 19. Badillo said county investigators have linked her as a witness in an SAPD murder investigation. San Antonio police declined to comment on the investigation.
Court records list Carmona as a witness in the July 2, 2007, shooting death of 32-year-old Delon Culpepper. Carmona told police that her then-boyfriend, Edgar Flores, confessed to shooting Culpepper at the Wood Hollow Apartments, 13062 Sahara Drive, according to an affidavit for an arrest warrant dated Sept. 27, 2007.
Flores, 21, and co-defendant, Everrick Spates, 19, have both been in Bexar County Jail on murder charges since their September 2007 arrests in Culpepper's death.
Police sources said they are unsure if Carmona's death is related to her involvement in the Culpepper murder investigation.
First Assistant District Attorney Cliff Herberg said Flores' trial was originally set for Nov. 17, two days before Carmona was reported missing. The trial was reset for Jan. 20.
Herberg said Carmona was one of many witnesses and prosecutors do not believe her death will have a significant impact on the trial.
“We believe we have sufficient evidence to go forward,” he said, adding that prosecutors had no indication that she was fearful for her life.
The Bexar County medical examiner's office has ruled Carmona's death a homicide.
Detectives are still trying to determine what exactly caused her death.
“There was no trauma to the skeletal remains that would indicate a cause,” Badillo said. “We didn't even see a bullet hole or a fractured skull.”
Anyone with information about Carmona's death is urged to call the sheriff's homicide unit at (210) 335-6068.
Posted by Sam at 7:57 AM